(wcsa.world) Guelb er Richât is a geological formation of about 40 kilometers in diameter, visible only from space. It is unusual as it is formed in the shape of a human eye.

The Richat Structure, also called Guelb er Richât, is a prominent circular geological feature in the Sahara's Adrar Plateau, near Ouadane, west-central Mauritania, Northwest Africa. In the local dialect, Richat means feather and it also is known locally in Arabic as tagense. Tagense refers to the circular opening of the leather pouch used to draw water from local wells. 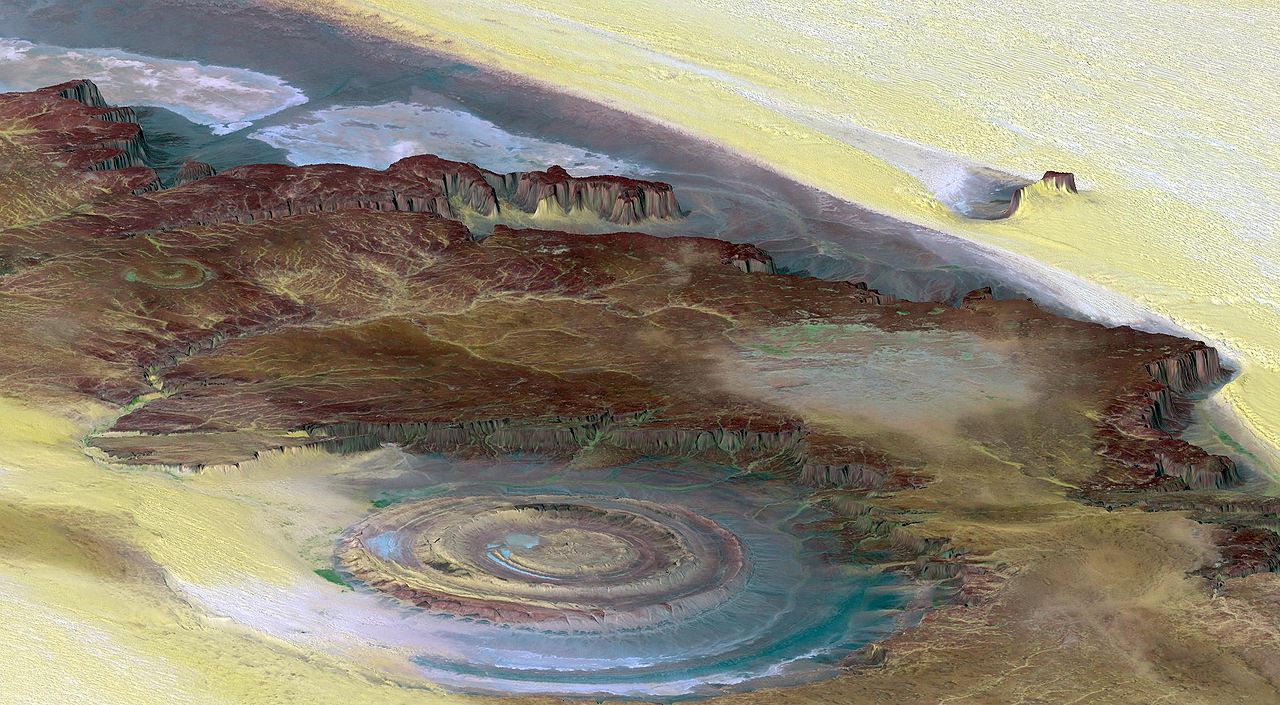 The formal name of this unusual phenomenon is Richat's Structure or Guelb El Richat and was discovered in June 1965 by the two American astronauts McDivitt and White during the Gemini 4 Space Mission. Initially, due to the correspondence of its circular rings, it was believed to be a crater caused by the impact of a meteorite, but without finding any sign of molten rock, this first hypothesis was immediately discarded. 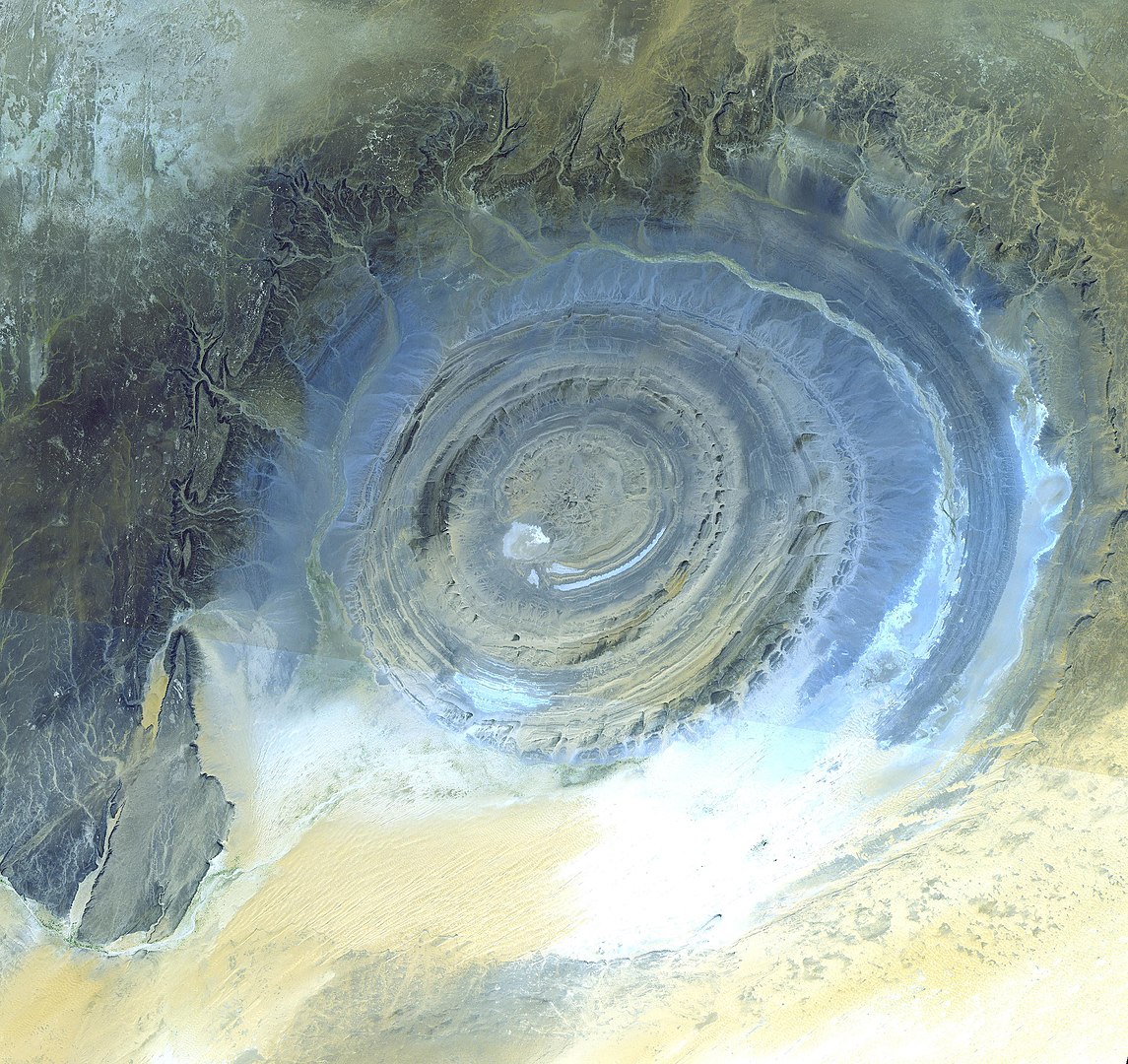 It is an eroded geological dome, 40 kilometers in diameter, exposing sedimentary rock in layers that appear as concentric rings. Igneous rock is exposed inside and there are spectacular rhyolites and gabbro which have undergone hydrothermal alteration, and a central megabreccia. The structure is also the location of exceptional accumulations of Acheulean archaeological artifacts. It was selected as one of the first 100 geological heritage sites identified by the International Union of Geological Sciences (IUGS) to be of the highest scientific value. 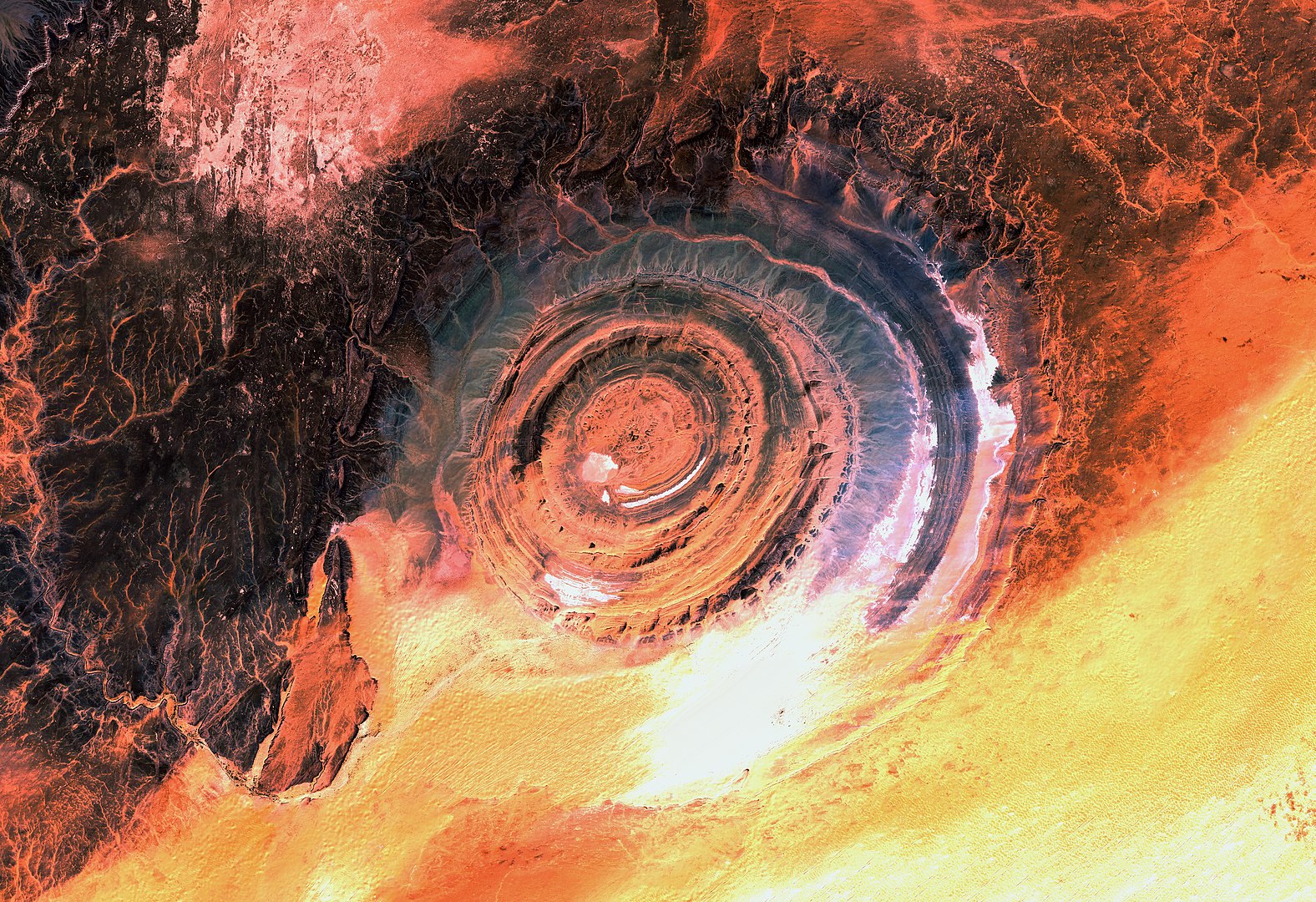 The Richat Structure is deeply eroded. The sedimentary rock exposed in this dome ranges in age from Late Proterozoic within the center of the dome to Ordovician sandstone around its edges. The sedimentary rocks composing this structure dip outward at 10–20°. Differential erosion of resistant layers of quartzite has created high-relief circular cuestas. Its center consists of a siliceous breccia covering an area that is at least 30 kilometers in diameter. 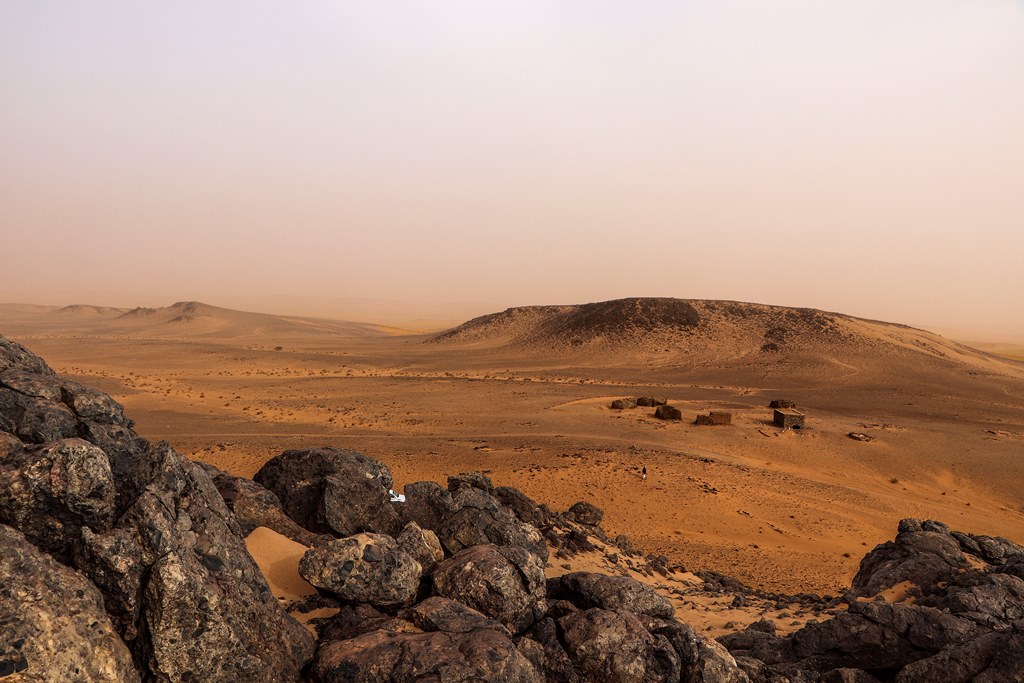 The Richat Structure is the location of exceptional accumulations of Acheulean artifacts. These Acheulean archaeological sites are located along wadis that occupy the outermost annular depression of this structure. Pre-Acheulean stone tools also have been found in the same areas. These sites are associated with rubbly, outcrops of quartzite that provided the raw material needed for the manufacture of these artifacts.

Admiring the Sahara Eye from above is a privilege only a few have had, but there are several "desert tours" that, despite the high temperatures and the various difficulties due to the deserted path, allow you to reach this structure by jeep, allowing everyone to experience a truly unforgettable adventure. 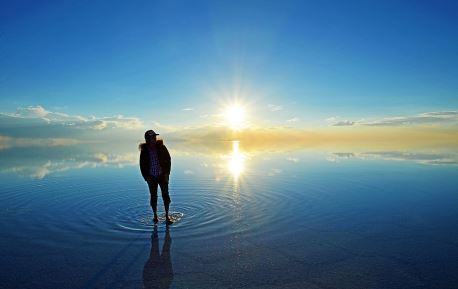 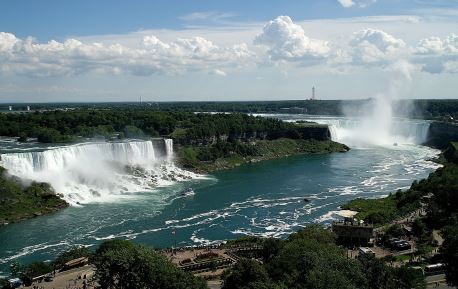 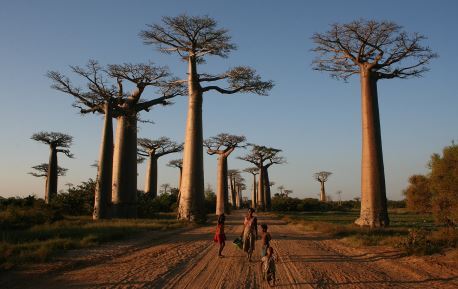 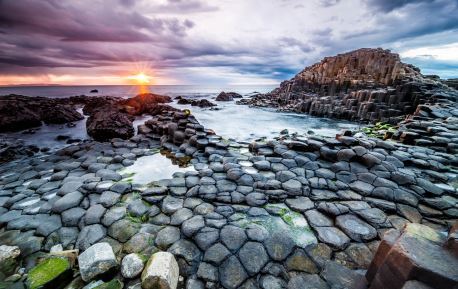 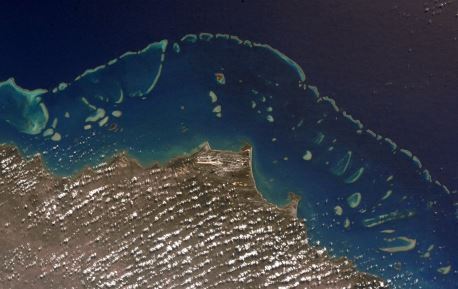 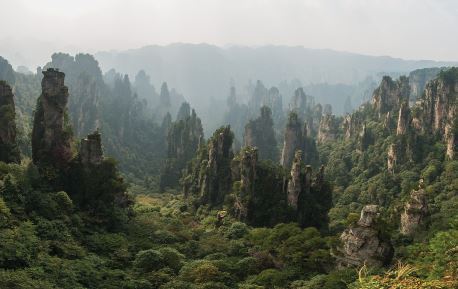