Inspired by the human eye, researchers at the Harvard John A. Paulson School of Engineering and Applied Sciences (SEAS) have developed an adaptive metalens, that is essentially a flat, electronically controlled artificial eye. The adaptive metalens simultaneously controls for three of the major contributors to blurry images: focus, astigmatism, and image shift. 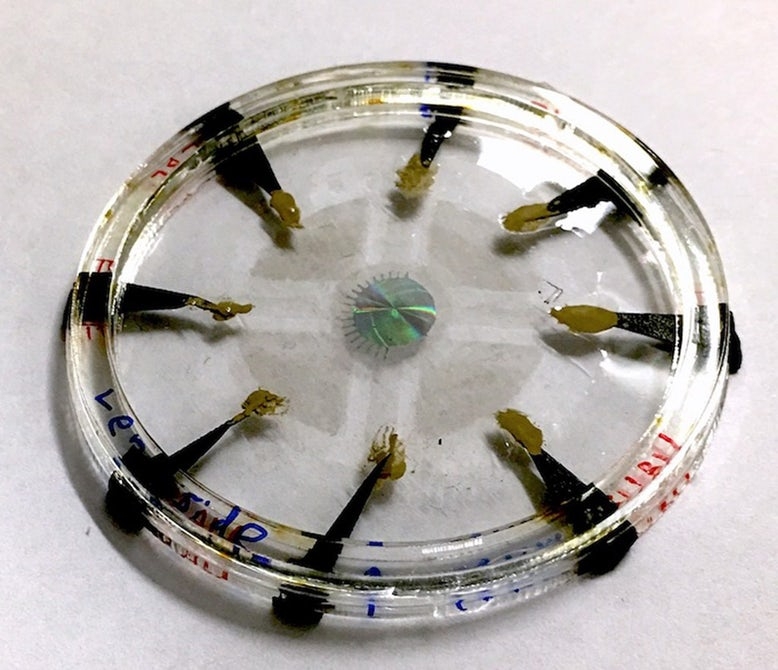 To build the artificial eye, the researchers first needed to scale-up the metalens. Prior metalenses were about the size of a single piece of glitter. They focus light and eliminate spherical aberrations through a dense pattern of nanostructures, each smaller than a wavelength of light.

To solve this problem, the researchers developed a new algorithm to shrink the file size to make the metalens compatible with the technology currently used to fabricate integrated circuits. In a paper recently published in Optics Express, the researchers demonstrated the design and fabrication of metalenses up to centimeters or more in diameter. 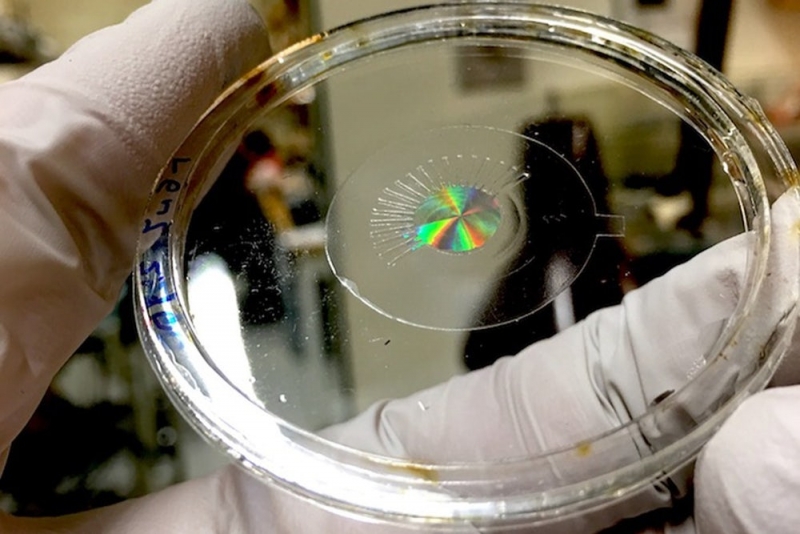 Next, the researchers needed to adhere the large metalens to an artificial muscle without compromising its ability to focus light. In the human eye, the lens is surrounded by ciliary muscle, which stretches or compresses the lens, changing its shape to adjust its focal length. Capasso and his team collaborated with David Clarke, Extended Tarr Family Professor of Materials at SEAS and a pioneer in the field of engineering applications of dielectric elastomer actuators, also known as artificial muscles.

The researchers chose a thin, transparent dielectic elastomer with low loss — meaning light travels through the material with little scattering — to attach to the lens. To do so, they needed to developed a platform to transfer and adhere the lens to the soft surface. 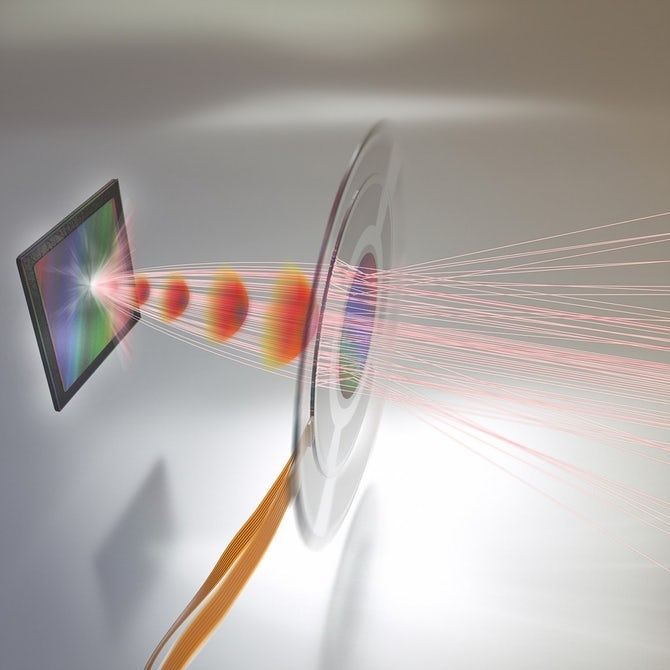 The elastomer is controlled by applying voltage. As it stretches, the position of nanopillars on the surface of the lens shift. The metalens can be tuned by controlling both the position of the pillars in relation to their neighbors and the total displacement of the structures. The researchers also demonstrated that the lens can simultaneously focus, control aberrations caused by astigmatisms, as well as perform image shift.