The Abu Simbel temples are two massive rock temples at Abu Simbel , a village in Nubia, southern Egypt, near the border with Sudan. They are situated on the western bank of Lake Nasser, about 230 km southwest of Aswan (about 300 km by road). The complex is part of the UNESCO World Heritage Site known as the "Nubian Monuments", which run from Abu Simbel downriver to Philae (near Aswan). 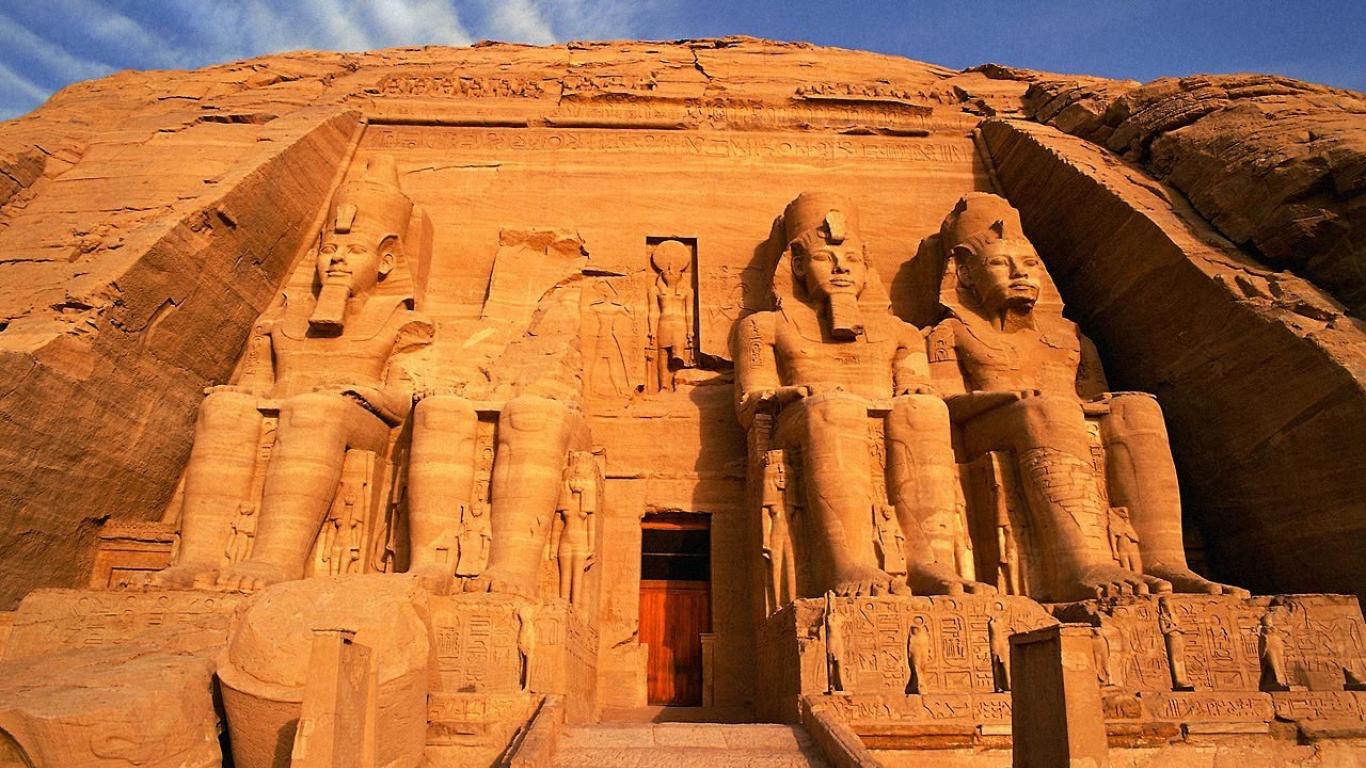 The twin temples were originally carved out of the mountainside during the 19th dynasty reign of the Pharaoh Ramesses II in the 13th century BC, as a lasting monument to himself and his queen Nefertari, to commemorate his victory at the Battle of Kadesh. Their huge external rock relief figures have become iconic. 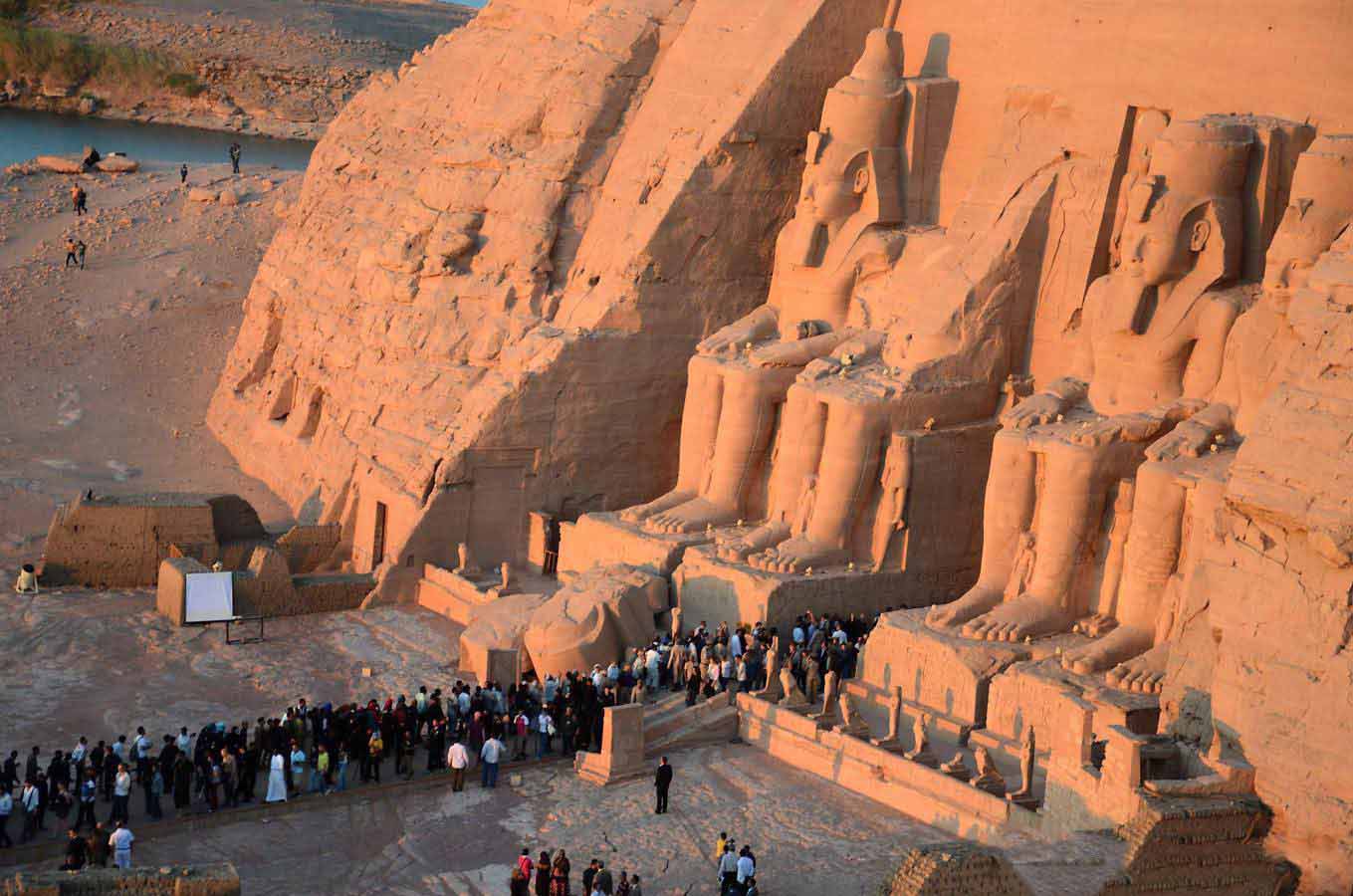 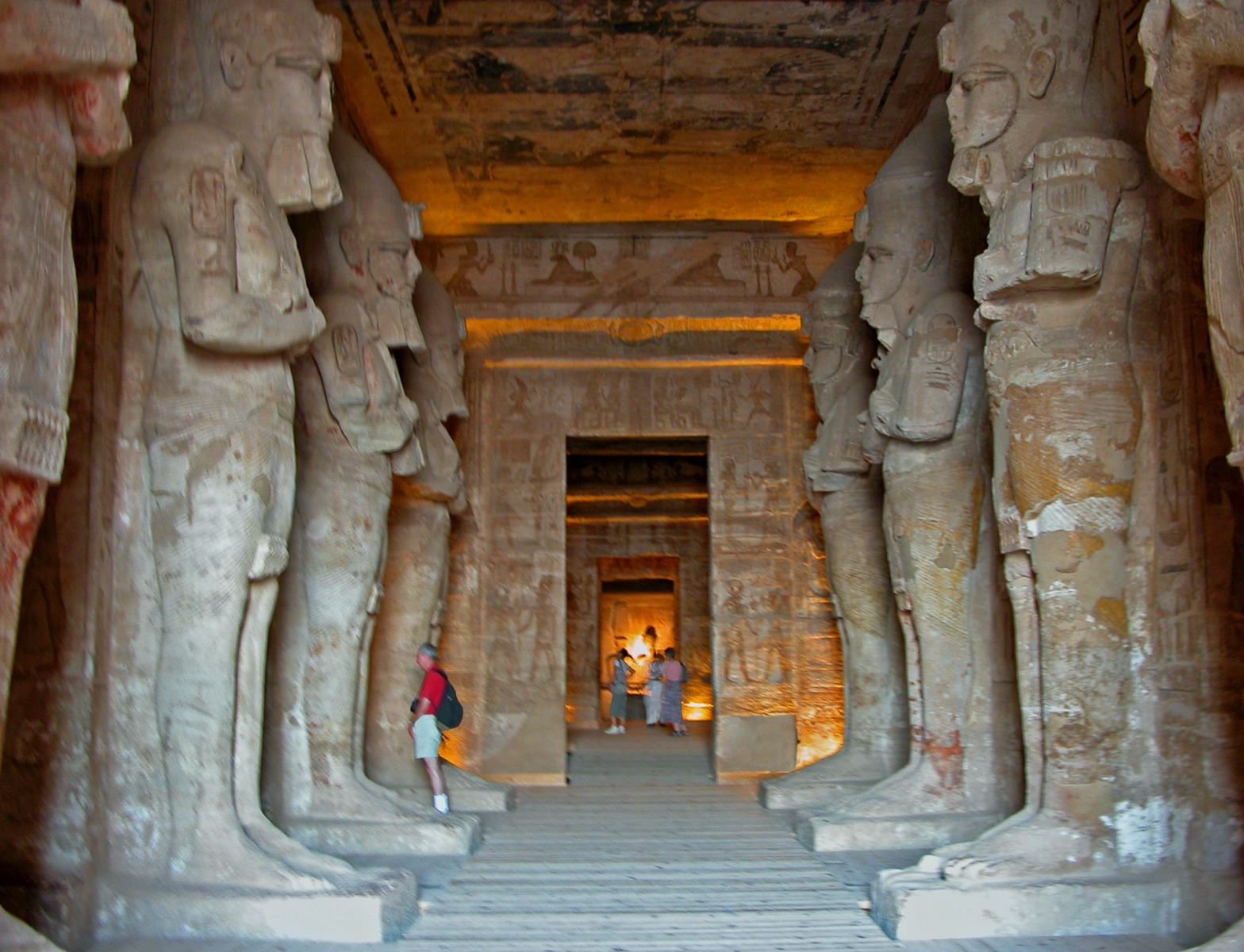 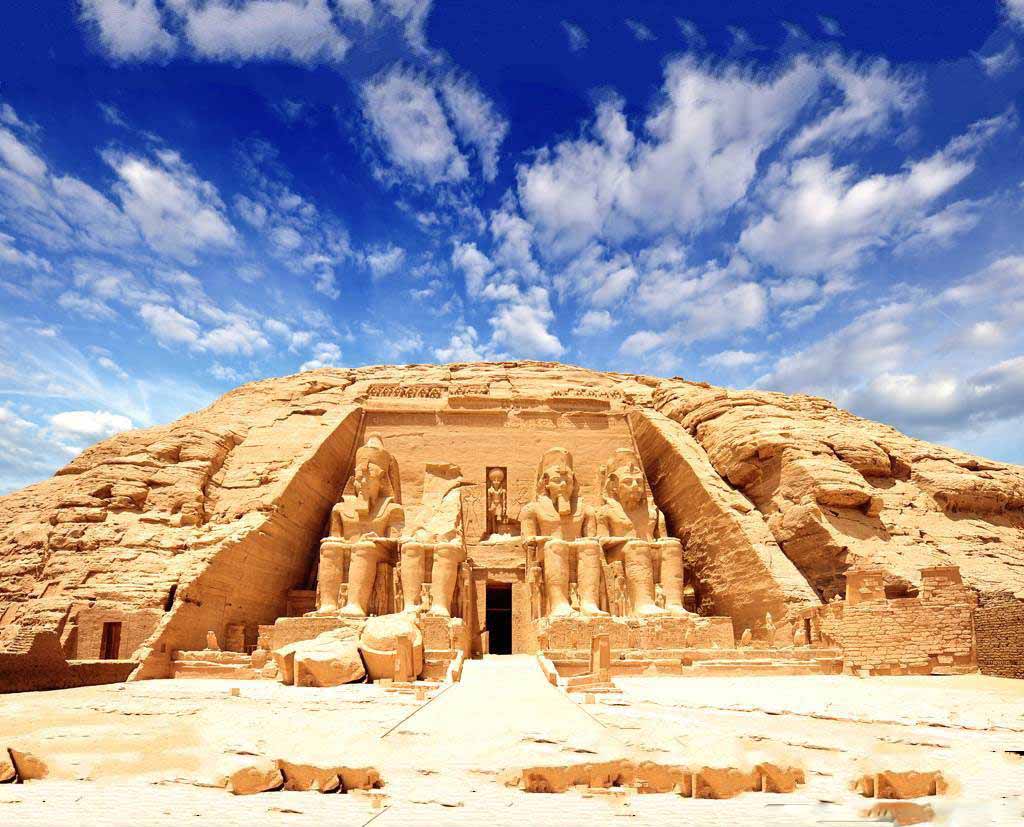 The Great Temple at Abu Simbel, which took about twenty years to build, was completed around year 24 of the reign of Ramesses the Great (which corresponds to 1265 BC). It was dedicated to the gods Amun, Ra-Horakhty, and Ptah, as well as to the deified Rameses himself. It is generally considered the grandest and most beautiful of the temples commissioned during the reign of Rameses II, and one of the most beautiful in Egypt.