The drink Pepsi was first introduced as "Brad's Drink" in New Bern, North Carolina, United States, in 1893 by Caleb Bradham, who made it at his drugstore where the drink was sold. It was renamed Pepsi Cola in 1898, named after the digestive enzyme pepsin and kola nuts used in the recipe. The original recipe also included sugar and vanilla. Bradham sought to create a fountain drink that was appealing and would aid in digestion and boost energy.

In 1903, Bradham moved the bottling of Pepsi-Cola from his drugstore to a rented warehouse. That year, Bradham sold 7,968 gallons of syrup. The next year, Pepsi was sold in six-ounce bottles, and sales increased to 19,848 gallons. In 1909, automobile race pioneer Barney Oldfield was the first celebrity to endorse Pepsi-Cola, describing it as "A bully drink...refreshing, invigorating, a fine bracer before a race." The advertising theme "Delicious and Healthful" was then used over the next two decades. In 1926, Pepsi received its first logo redesign since the original design of 1905. In 1929, the logo was changed again. In 1931, at the depth of the Great Depression, the Pepsi-Cola Company entered bankruptcy—in large part due to financial losses incurred by speculating on the wildly fluctuating sugar prices as a result of World War I. Assets were sold and Roy C. Megargel bought the Pepsi trademark. Megargel was unsuccessful, and soon Pepsi's assets were purchased by Charles Guth, the President of Loft, Inc. Loft was a candy manufacturer with retail stores that contained soda fountains. He sought to replace Coca-Cola at his stores' fountains after Coke refused to give him a discount on syrup. Guth then had Loft's chemists reformulate the Pepsi-Cola syrup formula.

On three separate occasions between 1922 and 1933, The Coca-Cola Company was offered the opportunity to purchase the Pepsi-Cola company, and it declined on each occasion but this offer was refused and thus, it created one of the “greatest trademark battles of all time” as we know today. 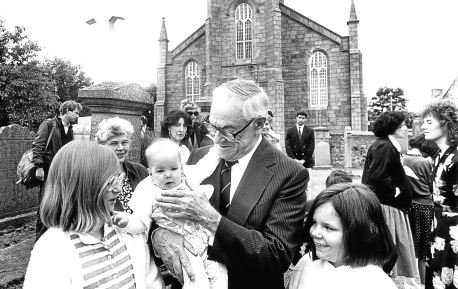